So we had walls and now we just needed a roof and we would be sealed in from the elements. You know, because it rains non-stop in the UK? 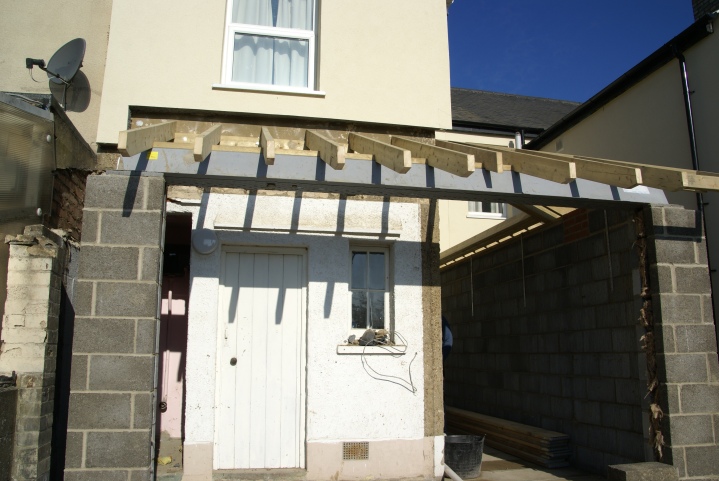 In our original plan, we were going to install three “small” Velux windows into the new roof, down the side return. This was to maximise the amount of light in the new part of the house. We were worried that without these windows the kitchen would be really dark (even with the sliding doors). Additionally, as we were going to be closing off two entryways (and sources of light) into the living room we wanted that space to also benefit from the natural light in the kitchen.

Luckily, our builder being the clever guy he is, suggested we go for jumbo windows. The cost was going to be more, but the benefit would be worth the costs. We said yes, with some hesitation, and I can confirm it was worth the small extra costs.

But, as building works never really go to plan, it was some time before we see those beauties installed. Rather they sat in their package for about a month, awaiting their big debut! So instead of installing the windows, we weather-proofed and waited.

About that debut, though? What a debut it was!

So the frame was built and suddenly the walls were ready to come down.

How about a little inspiration? From my house to yours! Read more →